Agostino discovered his love for cooking and dreams of becoming a chef while spending his Sundays in his aunt’s restaurant in Naples, Italy. With his talent and enthusiasm, Agostino was able to move up the ranks in the kitchen, starting at the Taverna Diciotto in Vico Equense in Naples. He earned his first Michelin Star in 2010 at the La Cantinella restaurant in Naples. In Bologna, Agostino continued his successful path, with the confirmation of his Michelin Star at the I Portici restaurant. In 2018, Agostino made the decision to accept a new challenge and opened the Agostino Iacobucci restaurant at Villa Zarri in Bologna.

At Villa Zarri, Agostino proposes the best of his philosophy in the kitchen: a perfect fusion of traditional and innovation, rediscovering ancient flavours, revisiting new and creative combinations. Combining prominent elements of Mediterranean and Neapolitan cuisine creates the great heritage of the Emilia gastronomic tradition, with a careful selection of raw ingredients and an appreciation of excellent products, ranging from fish to cheese, from extra virgin olive oil to the first fruits of the vegetable garden. 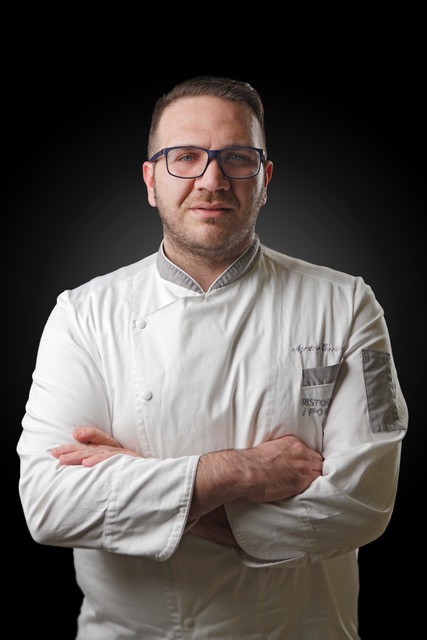