Johnathan knew from a young age that he was interested in food, growing up in Nova Scotia he had a taste for seafood and the simple rustic cuisine that comes with an East Coast upbringing. Johnathan attended the Culinary Institute of Canada and after receiving his diploma spent many years working in New York, Calgary and Vancouver. Johnathan then moved back to Calgary and as the Executive Chef opened The Raw Bar Restaurant at Hotel Arts, winning best new restaurant in Calgary. Two years later Johnathan opened a second restaurant with the Hotel Arts Group, a modern 180 seat Italian restaurant named Olives. As Executive Chef, Johnathan worked at Olives for three years before joining Southern Alberta Institute of Technology as a Culinary Instructor. While at SAIT he completed his Certified Chef de Cuisine and enjoyed mentoring many young cooks and chefs. Johnathan moved back to Nova Scotia to join the team at Nova Scotia Community College where he is currently a Culinary Instructor continuing his passion of mentoring and coaching students to be their best. 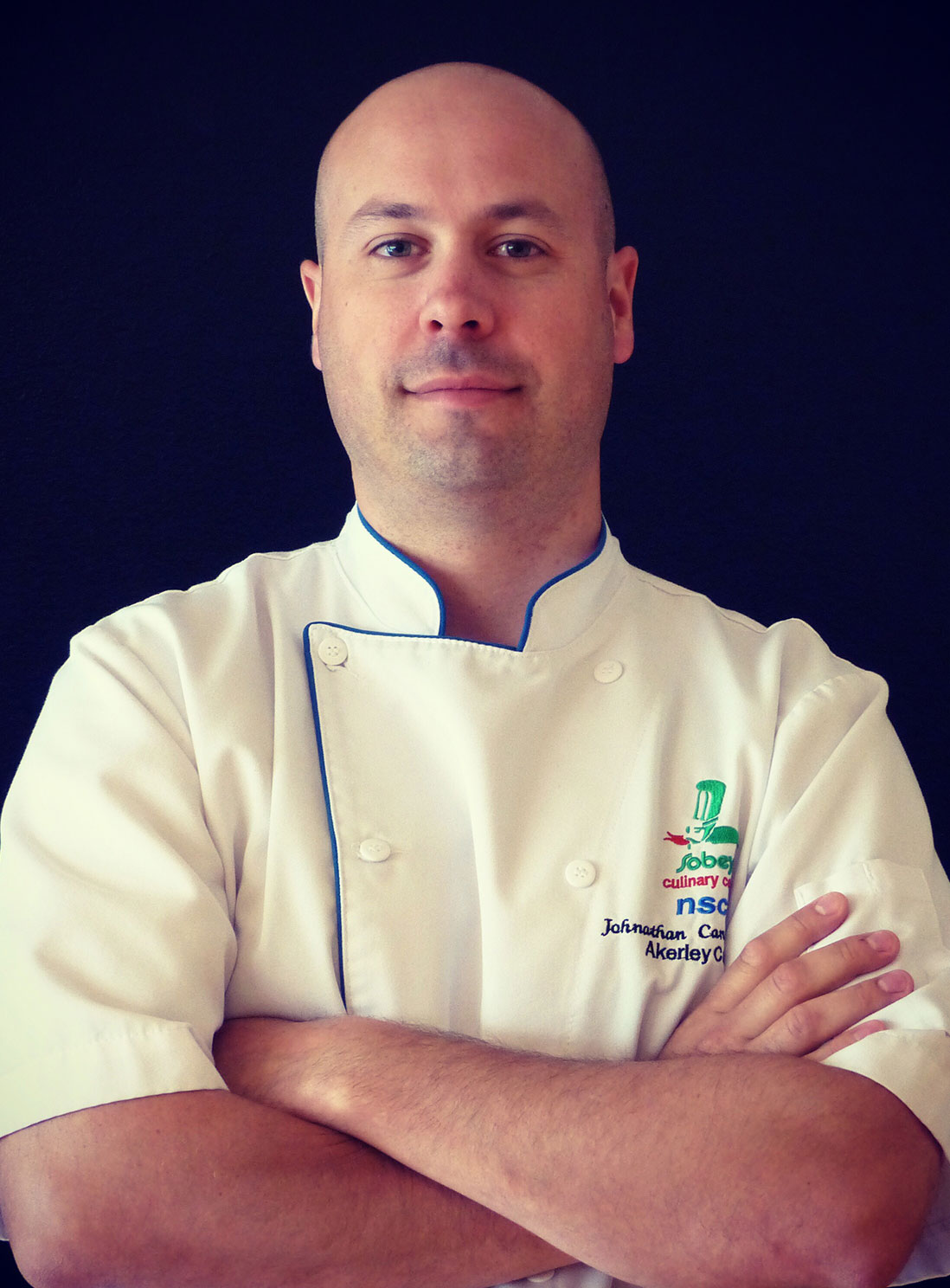